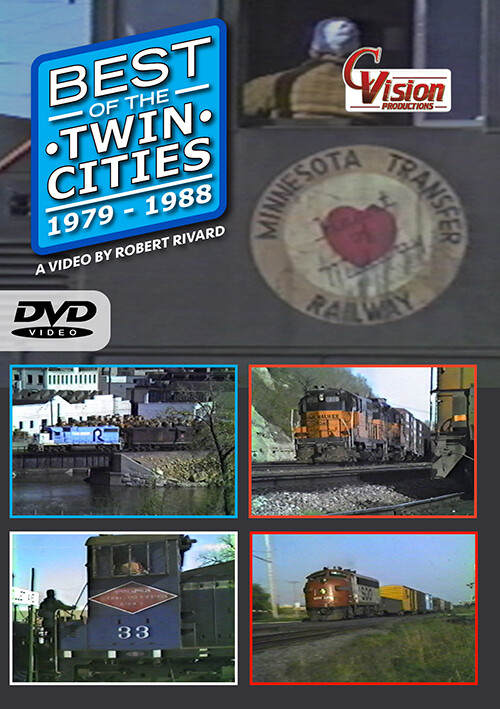 Best of the Twin Cities

In the late 1970’s when movie film was the normal media, Robert Rivard made an investment in a first generation video camera with sound. In this production, we see some of Bob’s footage of great railroad action in and around the Twin Cities of Minnesota from 1979 to 1988! You will be amazed at the sights and sounds of classic railroads that no longer exist today.

Take a step back in time to enjoy what most considered the best era in railroading. Enjoy the great footage from Bob Rivard’s “Best of the Twin Cities!”

Save this product for later
Display prices in: USD

"I just received and watched your video on the "Corn Belt Lines." Awesome does not do it justice"

Join our list to hear about latest releases and offers.